Saw this interesting story today(see below) – what do you think? As an experienced criminal defense attorney, I can tell you that I have seen much sillier cases filed by district attorneys.

What the news I have seen hasn’t made clear is whether we are talking about the cops charging this guy with disorderly conduct or the local district attorney’s office. If you don’t know the difference, see our previous post that explains what the police charge you with and what the district attorney later decides to officially charge you with (if anything) don’t have to have ANYTHING to do with each other.

So, if it’s just the cops, this, in my humble opinion, is a perfect case that has no business being issued. Sure, it may be ok that the police arrested this guy to “investigate” the crime though that was probably also unnecessary.

As a criminal defense lawyer, I am always hopeful that we can return to the days of actually investigating these things before charging them and then making a reasoned decision on what to do based on all the facts obtained. What often happens these days is that someone makes a report (or sees a video) and they are immediately charged, investigation to come later (if at all). I’d like to think the cops could actually do their jobs and investigate the case before arresting someone. However, even if they don’t, or can’t (a premise that I am unable to statistically refute though I have my doubts), and angry dad does get arrrested, there is supposed to be another level of checks and balances in our fair society based on what the creators of our goverment initially thought would occur.

The district attorney, whomever they are or employ to work under them, has what’s called prosecutorial discretion to decide to issue a case or not. Sure, they can listen to anyone they want before making that decision – bosses, cops, alleged victims, defendants, criminal defense attorneys, the guy on the corner, their barista, anyone, but, most importantly, they don’t HAVE to listen to anyone. It is entirely up to them!

So, then the district attorney decides to issue the case – if they decide to. If they issue it, a defendant is now facing jail time and has to hire a lawyer – well, is an idiot not to (is that too blunt?). Then the criminal defense lawyer does the investigation and tells the DA what they think happened based on their investigation. But, initially at least, all a lot of DAs want is a plea, “I issued the case, I think I can prove it, plead to it and/or lets haggle about the terms, but one way or another we’re talking a plea.” Unless the criminal defense attorney can convince the DA that their wrong – they head to trial, if the defendant doesn’t plead to something.

What no one seems to understand in this process (besides the DA and the criminal defense lawyer), is that a jury can be a real crap shoot depending on who is in the jury pool that day. So, on a bad day (and believe me, they happen), many innocent people could be convicted. Trust me, all you people out there saying, “that would never happen to me” – it can, and it does all the time.

Those are the same people who say, “I would never confess or plead guilty to something I didn’t do” – that’s another good one – a lot of those people change their mind when they find themeselves in that position. Hopefully, if you do find yourself there, you can afford a good criminal defense attorney or get lucky with a good public defender to help you with your situation. But, I digress.

The problem is that what happened to this guy’s daughter may not give him the legal right to act the way he did – morally? maybe…but, legally? Depends on the state and statute under which he is charged. But, you also have to ask yourself – does that make him a criminal? Does he need a lawyer? Because, I can tell you, its not up to the dad, or his lawyer, to decide – the DA and the DA alone is the one who gets to make that call. And, in a lot of jurisdictions (again, assuming these are misdemeanor charges), then that decision could very likely be in the hands of some junior, newbie DA who just passed the bar…

So getting back to our media obsession of the day, if this is a story that hit the internet before the DA had made a charging decision, this certainly seems like a case that, with some investigation, maybe even some negotiation, could go away without that waste of a process. If these kids really stopped bullying angry dad’s daughter, is he still a menace to society? Or will he go back to his law-abiding ways (if that’s from whence he came)? If so, then, from this criminal lawyer, I say take care of it on the front end, nip it in the bud, and save everyone a big headache. What do you think?

One of the most common frustrations we hear from clients facing criminal prosecution goes something like this: “The police only arrested me for one misdemeanor. When I showed up for my arraignment, I learned that the district attorney indicted me on that misdemeanor PLUS three felonies. How can they do that?”

They can do it. And they do it. 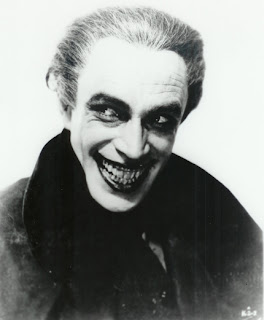 Police officers investigate crimes, and when those police officers believe they have probable cause to do so, they arrest people for those crimes. But make no mistake about it; it is the job of the district attorney or prosecutor in the county where the alleged crime occurred to determine for which crimes, if any, the individual should be prosecuted. Often, a prosecutor will review the police reports and determine that there are additional or more severe charges to be prosecuted. On the other hand, a prosecutor may review a police report and determine that the police officer’s arrest was unwarranted or that if brought before a jury, they could not prove beyond a reasonable doubt that the defendant was guilty of such charge so they dismiss or “no complaint” the charge(s).
It is important to understand that initially the police officer holds the power: to arrest you; to take you to jail; to initiate the charges; to set the stage for prosecutors and judges to ultimately determine custody release, plea offers, and sentence.
But you’re not done there. And you shouldn’t be surprised to show up at an initial court appearance and discover that you are facing much more than initially thought.
Sound complicated? It is. That’s why, if facing criminal prosecution, you need an experienced criminal lawyer to help you navigate the system. A seasoned defense lawyer will have a solid understanding of A) who the assigned prosecutor is; B) whether that prosecutor typically overcharges or is a reasonable person to work with in terms of plea negotiations/settlement; C) any unique or novel defenses for those particular charges (e.g., an experienced drug lawyer will be up to speed on any and all drug-offense-related constitutional defenses, and an experienced DUI lawyer will recognize the unique scientific challenges to a DUI arrest).
Remember, an arrest or indictment does not equal game over. It’s just the beginning.
But the best criminal attorney will always be your secret weapon.

This popped up on line today. 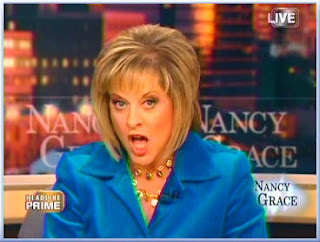 According to the sassy crime victim news correspondent diva, otherwise known as Nancy Grace, 23-year-old Jessica Vega pretended to have terminal cancer so she could attract sympathy from friends, relatives and strangers alike who stepped in to give her a dream wedding – FOR FREE! The rings, the wedding dress and the photos all were donated. The catering hall was heavily discounted, and the (awful) bride and her (dumb as a doornail) groom flew off to their honeymoon in Aruba with donated money, using plane tickets bought by well-wishers.

Apparently, the jig was up when Vega’s rocket scientist husband, Michael O’Connell, finally realized that his long-time partner (and mother of his child) didn’t appear to be ill.

According to various news sources, a criminal investigation is pending.

So our question to all you Matlock wannabes: What could she be charged with and/or convicted of?