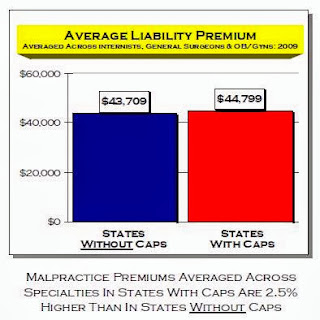 Saw this article today about the very sad story of a little boy who suffered (and continues to suffer) due to the admitted negligence of his treating doctors and facility at which he was treated.  As a trial attorneys who represents those injured because of others’ negligence, we see and hear about these cases all the time – maybe not on such a traumatic level but people are damaged by others’ negligence on regular basis and, I believe, we as a society have decided that those who are injured deserve to be compensated for their damages.

Listen, I understand the plight of the insurers and treating doctors but there has to be some other way to solve this problem.  It is clear that statistics dispel the notion that “frivolous lawsuits are ruining the system” as the propaganda that it is – asserted by business and insurance company interests who seek to maximize profits over justice for individuals legitimately harmed by someone else’s mistakes.

And, even if I’m completely wrong about the above, i.e., frivolous lawsuits are ruining something/anything – does limiting the caps on damages for those that really, honestly deserve and need it justify the stated goal?  I think of it more like this:  the American criminal justice system stands (or at least is supposed to stand) for the proposition that it is better to have 100 criminals go free than to convict one innocent person.  (Boy, as a criminal defense attorney, I sure wish it really worked that way; but, I digress….hey, if you need a criminal defense or personal injury attorney, come see us here!)

Extrapolating that to this scenario, this is how I see it – better that we have to deal with 100 frivolous lawsuits and their associated headaches than to have THIS happen to even one family.  Before I’m willing to hear ANYONE’s allegedly legitimate economical arguments in favor of caps on damages for medical malpractice (or anything for that matter), I want ONE FRIGGIN’ PERSON to honestly tell me that if they found themselves in the position that this family found themselves in which, for those who don’t want to click on the link to the story, let me explain:

a jury, presumably fairly chosen by attorneys representing both sides; attorneys hired by the parties presumably because those parties felt these attorneys were qualified for the task at hand; these attorneys presented this case to this jury.  The jury, for whatever reason (again, I think only fair to assume that it was for the right reason), determined that $12 million dollars was fair compensation for what happened.

Regardless, because some pinhead, paper-pushing legislator who had nothing to do with any of this (or more likely the lobbyist(s) who had those legislators in their hip pocket(s)) arbitrarily decided $3 million dollars was the most a person can get NO MATTER WHAT HAPPENS, then this family gets $3 million and not a penny more.  Of course, that is the case, as I said, no matter what happens including in this case where this family has already paid $2.5 million in medical bills and still owes much more, not to mention the ongoing and future care this kid will need…..how can we, as human beings, support this result?!?  DOES THIS MAKE ANY EFFING SENSE!?

Hit me with your thoughts, support, critiques, criticisms, what have you…but, trust me, no matter what anyone says, if this was them, their child, their relative, their friend, they’d be screaming bloody murder when they learned that they can only have 1/4 of what a jury awarded them because of some arbitrary number picked by a legislator years before having nothing to do with their case…OY!