Lawyer Edie Rogoway | Featured Attorney Criminal Defense
Check out Rogoway Law on Yelp
You are here: Home / Uncategorized / I THINK ICE CUBE WOULD AGREE THAT TODAY WAS A GOOD DAY 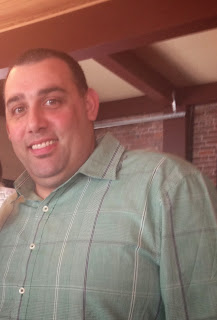 This is my client Kim (relax people…he has given me his blessing to post this).
In the late nineties Kim became addicted to methamphetamine and began committing a variety of crimes to support his habit.
To call him the tri-county gangster would be an understatement. Kim was charged with and convicted of numerous property crimes and other serious felonies in counties throughout Oregon and Washington. Despite spending considerable time in custody, he couldn’t get clean.
Until he and his then girlfriend decided a decade ago that their only hope was to buy one way tickets to Alaska and start over.
And they did.
They both got clean and have been clean ever since.
In the past decade Kim went to college, obtained a good job, started a family, joined a church, became part of a community and married that girlfriend.
Kim left behind a path of destruction via outstanding arrest warrants in just about every county you can think of.
Three years ago, he decided that it was time to deal with his past.
This morning Kim flew into town and made his LAST court appearance; pleading guilty to two misdemeanors in exchange for the dismissal of 7 pending felony charges
As he agreed to do, he also paid a shitload of restitution (but at least he’ll get miles) and was taken into custody until Friday.
When Kim gets released on Friday, he will be completely done with the criminal justice system.
I swear, I think even the sheriff deputy in the courtroom got a little teary eyed. Okay not really but he should have.
Special thanks to Deputy District Attorney Chris Owen for being a decent guy and seeing the gray.  I hope this doesn’t screw up your street cred as a hard-ass prosecutor.
And to Suzanne Alley from MPD who helped me sort out this gigantic mess back in 2010.
I’m going to go open a 40 ounce now and listen to some old school NWA.